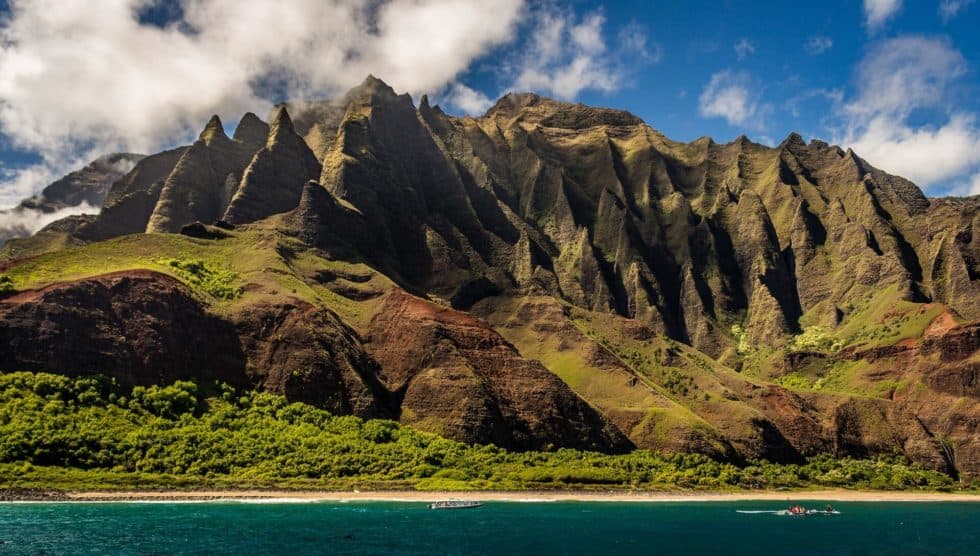 Canadian snowbirds are still favouring parts of the United States as a destination to warm their hearts and souls through the cold winter months. More and more retirees choose to explore new destinations each year, particularly when the strong US dollar doesn’t make America a cost-effective destination. There will always be some firm favourites in the neighbouring country, such as Arizona and Florida, but there are many other local and far-flung destinations perfect for warm migratory winters.

Florida has long since been a firm favourite for Canadian snowbirds. The Florida peninsula is enchanting with its powder white sandy beaches, warm waters, fascinating mangroves, hedonistic South Beach, and a spot of Walt Disney pleasure. Florida has a glorious semi-tropical wilderness where alligators lurk in freshwater rivers, lakes, swamps, and marshes. The snowbirds who appreciate nature will enjoy watching sea birds and birds of prey go about their daily routine and eagerly track the elusive spoonbills. Manatees spend their days lethargically munching seagrass in Florida’s freshwater lakes, springs and rivers. Dolphins, giant tarpon and loggerhead turtles find home in the glorious coral reef forests. Why not take a kayak to explore this spectacular wilderness?

Florida is a vibrant melting pot of people in this heavily populated state. Cultures from around the world have settled here to create a diverse community. Not only is it famous for Mickey Mouse, but for rockets and astronauts. Spectacularly soft dune-lined beaches are perfect for walks, picnics and fishing. Florida is world-famed for citrus fruits that are thought to have been introduced shortly after their discovery by Christopher Columbus in 1493. The state flower is the orange blossom, and numerous towns and villages are named after the beloved orange. There is always something happening in Florida in art galleries, museums, festivals, and concerts; the state has produced many authors for those seeking peace in literature. Across the state, snowbirds will find access to excellent accommodation offerings.

Arizona is probably best known for the Grand Canyon and its dramatic vistas of colourful layers of rock that reveal millions of years of geological wonderment. Exciting adventures and tales of exploration surround this expansive river valley. Paddle through it on a raft or fly over it in a helicopter. Arizona has a pleasant, dry climate and is well-known for having endless sunshine, so much in fact, the Guinness World Records has placed Yuma as the sunniest city on earth. Other than the Grand Canyon, Arizona brags some of the most extraordinary state and national parks. Southern Arizona has a hot desert climate. Chiricahua National Monument is home to gravity-defying balanced rocks that have been carved into hoodoos by the wind and rain over the previous millennia. The Vermilion Cliffs National Monument boasts fascinating prehistoric petroglyphs spied among its eponymously coloured swirling sandstone. Saguaro is one of Arizona’s most attractive national parks, with towering spiky cacti that dot the landscape. Further north, the climate is cooler, and the landscape is a verdant array of forests, mountain ranges and canyons.

Various towns and cities across this vast state make ideal winter homes for snowbirds. Arizona borders New Mexico, California, Utah, and Nevada, so there are endless opportunities to explore other lands. Phoenix, Tucson, Sedona and Scottsdale are all home to golf courses, horseback riding, cultural events, shopping and dining.

Cuba is down at heel and timeworn but holds a sense of undeniable magic. Colourful colonial cities hold dear, stories of wealth and opulence. Other than ageing, nothing much has changed since pirates invaded the Caribbean. Timewarp cities like Havana, Trinidad, Remedios and Camagüey have imposing city squares linked by winding cobbled streets. Cuba swings from culturally outlandish to languidly serene.

Avant-garde art galleries sit next to invading big names from the US. Cuba is world-famed for its rum and cigars. Breathtaking beaches surround the island that is regarded as the friendliest in the Caribbean. Canadian snowbirds can explore abandoned coffee plantations and the forest-lined rugged mountains in the north, legendary for their folkloric tales. Accurately, the German scientist Alexander von Humboldt described Cuba as “a kind of Caribbean Galápagos where contradictory curiosities exist side by side”. The unique culture, slow pace of life and endless natural beauty is a real draw for the seasoned snowbirds who tend to inhibit the long stretches of beach in Havana.

When thinking of Belize, most snowbirds picture rainforests and the Caribbean Sea, Mayan ruins and endless culture. After the Great Barrier Reef in Australia, the namesake Barrier Reef is the second largest in the world. It’s a paradise for SCUBA divers and snorkelers with clear waters packed with a kaleidoscope of colourful fish, pretty corals, rare turtles and giant plankton-eating whale sharks.

Belize has an island feel with sandy cays that have all of the ingredients of a tropical holiday. Café lined beaches, hammocks and watersports. An array of national parks protect with verve the vocal howler monkeys, shy jaguars, over 500 species of birds, the pig-like peccaries, the stripy tailed coatimundis and the royal rat, the gibnut. The national bird of Belize is the keel-billed toucan who makes an appearance on special occasions.

Snowbirds can explore the spectacular Mayan archaeological sites of the world’s most mysterious civilizations. Explore caves and listen to the well-told stories of Mayan kings who performed rituals and made sacrifices to their underworld gods. Belize is a place of unquantifiable natural beauty, and homes are outstanding value for money.

Smiles, glittering temples, turquoise waters, tuk-tuks, white sandy beaches and fire-inducing cuisine are synonymous with Thailand. Thailand is diverse. Endless sandy beaches, limestone karsts and turquoise waters surround the largest southern islands of Phuket and Koh Samui. Over 1,400 jungle-topped islands intersperse Phang Nga Bay, the Gulf of Thailand and the Andaman Sea. The tropical destination is bursting with awe-inspiring experiences. Hike through jungles to find waterfalls and dive in the protected pristine waters of the Andaman Sea. Explore caves, mangroves and floating villages in the shadows of James Bond Island and visit Maya Bay, the heart of the famous film ‘The Beach’ in Koh Phi Phi.

The historic cities of Bangkok and Chaing Mai are home to endless gleaming temples attributed to the Buddhist religion. Shrines, fabric-covered banyan trees and spirit houses dot the verdant landscapes. Outside the busy cities and cultural centres are rice paddies, villages with stilted homes and tropical forests. Life revolves around the circadian and agricultural clocks. Underground caves, mist-shrouded mountains, hilltop temples, and the River Kwai bridge are all worth exploring. Thai food is something else; the spicy, sweet, salty and sour food is served from little trucks, market stalls and high-end eateries. There is something for every snowbird budget.

Wave-battered Pacific beaches, historic towns, remote islands, volcanic landscapes and pristine forests are all part of the appeal to this Central American country. Granada is a gorgeously preserved town that has been enchanting visitors for centuries. The medieval architecture dates back to the Moorish occupation; Alhambra Palace, its pretty patios, and reflecting pools have inspired architecture worldwide. Vast mansions, busy plazas and almost-silent courtyards are scattered throughout the city. Nicaragua sits comfortably between the Pacific Ocean and the Caribbean Sea. The Pacific coast is highly revered in the surfing community, whilst the Corn Islands are perfect for a spot of serene snorkelling.

Known as the land of lakes and volcanoes, it possesses diverse geography and relatively untouched nature. Snowbirds from Canada can swim to tiny white-sand islands, kayak through wetlands and dive into cool underwater caves. Many of the best beaches in the country are untouched. Oceanfront houses are a steal, and the cost of living is very low. Hire a 4WD and follow the road less travelled to discover inland lakes, overgrown ruins, virgin rainforests and indigenous communities.

Frequently referred to as the Switzerland of the Americas; Costa Rica is translated into the ‘rich coast’ for good reason. The rugged, rainforest-clad Central American country has two coastlines; the Caribbean and the Pacific. A quarter of the country is a protected jungle abounding with comic-like wildlife such as the keel-billed toucan, Central American white-faced capuchin, devilishly loud howler monkey, the unhurried sloth and a chime of raucous scarlet macaws. The brackish swamps conceal malevolent-looking alligatorids, and the orchid-covered trees play host to kaleidoscopes of blue morpho butterflies. Offshore, tropical fish, dolphins, whales, sharks and rays swim in the vast open waters. Costa Rica is one of the most biodiverse countries globally, with over half a million species from the tiniest bug to the giant anteater.

Costa Ricans live longer, healthier lives than people on the rest of the planet. They use ‘pura vida’ (pure life) in almost every sentence. It means hello, goodbye, everything is OK and the same to you. The locals live life the ‘pura vida, mae’ way, which translates to ‘relax and enjoy the ride’.

Aloha. The Polynesian isles of Hawaii are breathtaking. Snowbirds that appreciate outdoor living will be quite at home here. The spirit of aloha’ aina is rooted in everything a local does; they have a profound love of nature. The Hawaiin islands speckle the cerulean waters of the Pacific Ocean. Every day they are honoured with spectacular sunrises and sunsets. The island living is surprisingly low-key and always lots of fun.

Hawaiians are proud of their multicultural heritage. Regular arts and crafts festivals keep traditions from across the world alive as locals participate in rowdy outrigger canoe races and Japanese taiko drumming competitions. Hawaiian hula is the colourful, almost tribal, Polynesian dance form accompanied by drums, chanting and song, which is truly the heartbeat of the community.

There are 137 islands or islets in Hawaii that extend 2,000 kilometres over an archipelago of eight major islands and several atolls. Mark Twain described the islands as “The loveliest fleet of islands that lies anchored in any ocean”. There are six major islands to live on in Hawaii: Kauai, Oahu, Molokai, Lanai, Maui, and of course, the island of Hawaii. Each has its own distinct personality, adventures, activities and sights. Snowbirds can hike across ancient lava flows, learn the hair-raising sport of wave sliding, snorkel with graceful manta rays and sea turtles, visit a deserted island or jump aboard a whale-watching cruise. Oahu is the best for those seeking an urban vibe; it’s home to 95 percent of the country’s population. Small communities reside on the rainforest isle of Kauai. Maui is the holiday paradise; Hawaii is more significant than all the other islands combined.

How Yardly Can Help

Now that you’ve seen the appeal to heading south during the Canadian winter, you’ll need to get your ducks in a row at home. One headache that arises is property maintenance! Yardly’s here to help maintain your property with snow removal while you’re down south in Arizona. And, if you choose to stay longer we even offer yard care services including lawn mowing, weed control, and spring and fall clean ups. Request your free quote today!

We hope you found this post useful. For more snowbird tips, check out our home management tips for snowbirds, and top picks for snowbird destinations in Arizona and Florida.